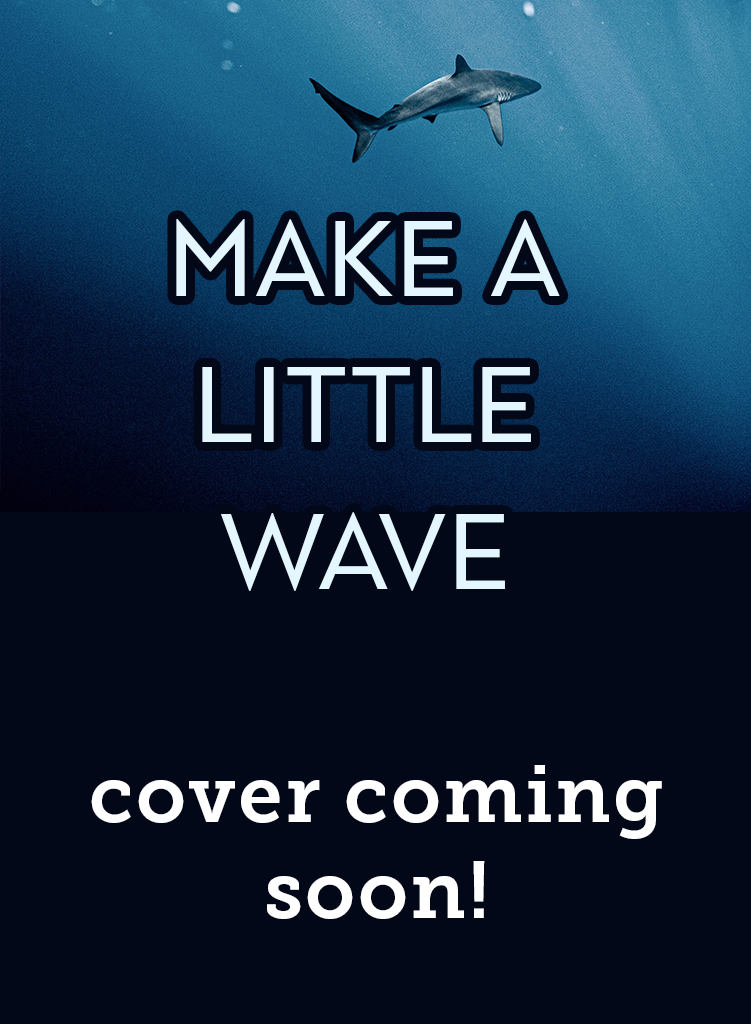 Coming in 2024 from Carolrhoda Books, an imprint of Lerner Publishing

Animal lover Sav feels lost after her family moves to a new town, but things start looking up when Tanner invites her to his family’s restaurant opening—until they serve shark fin soup. Making the soup requires “finning,” an inhumane method of killing sharks. When Tanner’s family brushes off her concerns, Sav knows it’s up to her to convince them to stop. However, the more passionate she becomes, the less anyone seems to listen. After butting heads with her friends, family, and Tanner about her increasingly reckless methods of activism, Sav’s ready to quit. But then she learns her senator is planning to vote against a bill that would ban finning statewide. Now, Sav needs to figure out if she’s truly given up on saving the sharks, or if she still has it in her to raise her voice—the right way, this time—to make a little wave.

Sav, our deaf main character who hears with the help of cochlear implants, is a relatable and inspiring protagonist who sometimes finds herself at a loss for words but is never short on passion.

My passion for sharks stems from my daughter who is a marine biologist—with a concentration in sharks. Her work at the Bimini Shark Lab fueled both my love of diving with sharks and my desire to ensure their safety within our oceans. I can attest to the gentle, curious nature of sharks and find myself compelled to support stricter shark fishing laws along with anti-finning laws worldwide.

Additionally, after the tragic school shooting at Marjory Stoneman Douglas in my own neighborhood, I watched the teens in our community stand up, speak up, and encourage an entire nation to rise up. I’m proud of those with the strongest voices who led the #neveragain and #marchforourlives movements. But even more so, I was moved by the students who weren’t necessarily comfortable stepping out of their comfort zones yet marched, demanded, and fought for student safety to effect change anyway. They were my inspiration for this story.

I hope Sav helps kids everywhere realize the difference a single person can make in the world.