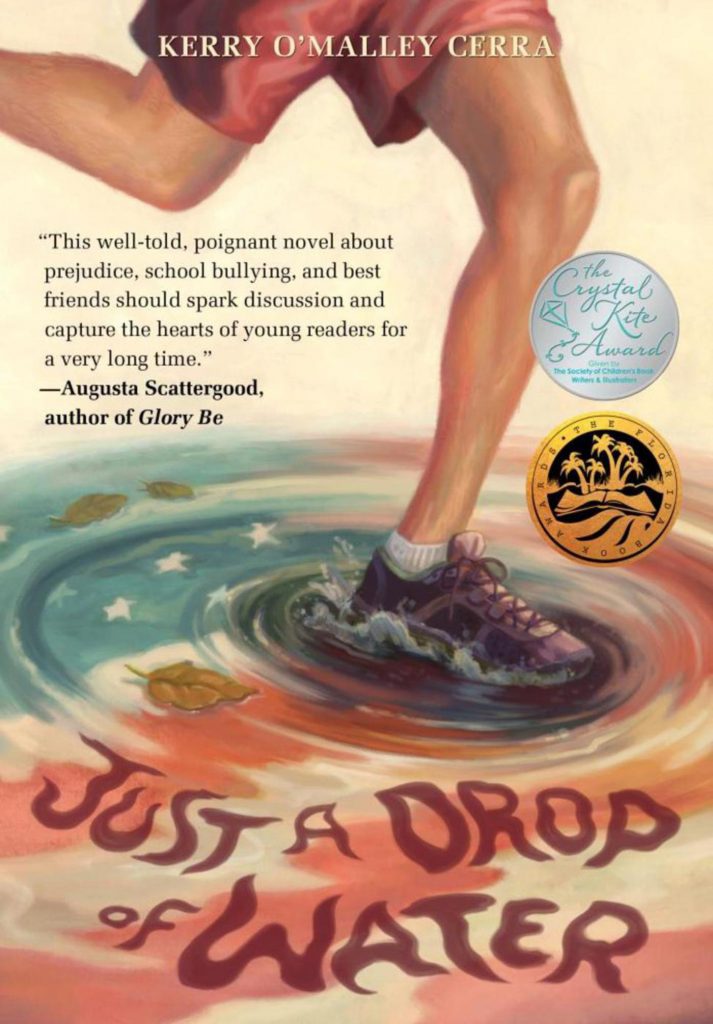 Ever since he was little, Jake Green has longed to be a soldier and a hero like his grandpa, who died serving his country. Right now, though, Jake just wants to outsmart–and outrun–the rival cross country team, Palmetto Ridge. But then the tragedy of September 11 happens, and it’s quickly discovered that one of the hijackers lived nearby, making Jake’s Florida town an FBI hot spot. Two days later, the tragedy becomes even more personal when Jake’s best friend, Sam Medina, is beaten up for being an Arab Muslim by their bully classmate, Bobby.

According to Jake’s personal code of conduct, anyone who beats up your best friend is due for a butt-kicking, so Jake goes after Bobby. But soon, Sam’s father is detained by the FBI and Jake’s mom doubts the innocence of Sam’s family, forcing Jake to choose between his best friend and his parents. When Jake finds out that Sam’s been keeping secrets, too, he doesn’t know who his allies are anymore. But the final blow comes when his grandpa’s real past is revealed to Jake. Suddenly, everything he ever knew to be true feels like one big lie. In the end, he must decide: either walk away from Sam and the revenge that Bobby has planned, or become the hero he’s always aspired to be.

A gripping and intensely touching debut middle grade novel by Kerry O’Malley Cerra, Just a Drop of Water brings the events of September 11, which shook the world, into the lens of a young boy who is desperately trying to understand the ramifications of this life-altering event.

Praise for Just a Drop of Water

“A perceptive exploration of an event its audience already sees as history.”

“…the supplemental material middle-grade history teachers are looking for…” ~Kirkus

“Historical fact and realistic fiction elements are woven together with an expert hand, making readers care about this moment in history and giving educators an excellent book sure to spur thoughtful discussion.” ~School Library Journal

“The relationship of best friends Jake, a Christian and the grandson of a war hero, and non-observant Muslim boy Sam is challenged after the tragic events of September 11. The residents of their small Florida town begin to display distrust as the FBI investigates Sam’s family. This well-developed historical story deftly explores timely themes such as misunderstanding and fear-based bigotry.” ~Horn Book

“Jake finds himself in a true moral quandary as he tests the limits of friendship and family, and readers will wonder what they might do in the same situation. This title, one of the few on the topic, also gives kids a feel of what life was like during those terrible, confusing days.” ~Booklist

“9/11 reverberates in a middle-school boy’s life, thrusting him into a bigger and more threatening world.  This is history tensely told for readers too young to remember the moment when this century truly began.” ~Richard Peck, author of On The Wings of Heroes

“Memorable characters bring to life a story of friends who, after the tragedy of September 11, must confront the darker side of their community, their families, and their hearts. Kerry Cerra is definitely a debut author to watch!” ~Christina Diaz Gonzalez, author of The Red Umbrella, Concealed, Invisible, & more

“Tackling a difficult topic, Kerry O’Malley Cerra captures the mood of the country right after September 11 in a way that’s not frightening or sensationalized. This well-told, poignant novel about prejudice, school bullying, and best friends should spark discussion and capture the hearts of young readers for a very long time.” ~Augusta Scattergood, author of Glory Be

“Kerry O’Malley Cerra has written a novel that is both brave and true. In showing us the darker sides of ourselves when confronted with tragedy and fear, her characters lead us to the light.” ~Laurie Calkhoven, author of Michael at the Invasion of France, 1943 and The Boys of Wartime series

“This touching story is like the legend of the origami paper cranes, a symbols of peace, which states that if you fold one thousand of them, your heart’s desire will come true.” ~Kathryn Fitzmaurice author of A Diamond in the Desert

“Just a Drop of Water brings this generation’s young readers a glimpse of September 11 that is both thought-provoking and real.” ~Caroline Starr Rose, author of May B and Blue Birds